The Commercialisation of Pride

On the 2nd of July, many people flooded to London to celebrate the LGBTQ community as it has been 50 years since the first “gay pride” march. However, many oppose how Pride in London has become so commercial.

Peter Tatchell, a member of the Gay Liberation – who helped organise the first march- believes that big firms “dominate the official parade and overshadow the LGBTQ community groups who should be the focus of pride”.

We entirely agree that corporate entities should not distract us from the many purposes of the parade, but is corporate support wholly negative?

Some see it as the LGBTQ community finally being accepted into broader society, and brands are normalising it for those less familiar with the concept and community. Arguably one of the goals of the original marchers.

Nevertheless, we believe public support must be followed by internal support for the community. Yes, vocal support is terrific, but if it’s not reflected within the hiring, diversity in leadership positions, and company policies, the public support of the London Pride will be seen as more of a self-interested monetary move.

For many liberation movements, the goal is not to simply be tolerated and approved by society. They believe that the commercialisation of Pride may be counterintuitive as some companies may be virtual signalling instead of tackling the fundamental issue of equal opportunity and treatment for all individuals, no matter their background or orientation. Whether commercialisation is positive is still up for debate. However, commercialisation has made Gay Pride mainstream which will clearly benefit those that may be struggling with their identity. Hopefully, it is the next step towards even greater equality. 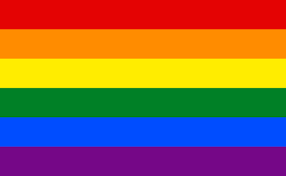