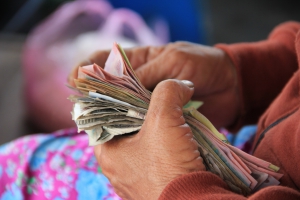 The Future of Banking – Your Weekly Roundup

“Not much changes in banking in the UK.”

So says an article by Wired. When Antony Jenkins spoke at Russam GMS last summer, he reminded us that back in the late 60s, the first ATM was a Barclays ATM in Enfield and decades later he was one of the big drivers of contactless technology. But with Open Banking and mobile technology, what can we see happening in the next year within the banking industry?

The speed and ease of use Monzo offers are impressive, there is a problem – it’s not making money. [The Guardian]

What is Open Banking and PSD2? Wired Explains

Open Banking (aka PSD2) forces the nine biggest UK banks to open up their precious data, which could mean big changes for the way we bank. [Wired]

How UBS Became Home to Half the World’s Billionaires

What’s Going On in Banking 2018? Warning Signs From the Exec Suite

What expectations do you have for the future of banking? Comment below.