Weekly Roundup: Is it in the genes?

Last week we heard for the first time about Zhong Zhong and Hua Hua, identical long-tailed macaques who were born several weeks ago at a laboratory in China.

They were cloned using the technique that produced Dolly the sheep in Scotland, and promises to provide science with new ways to research human diseases. But what are the ethical concerns that surround such an announcement? And what other progress is being made in the world of genetics, in terms of privacy, ethics, and diversity?

We now have a precise way to correct, replace or even delete faulty DNA. [The Guardian]

How DNA Testing Botched My Family’s Heritage and Probably Yours, Too

“If we weren’t who we thought we were, well, then, who were we?” [Gizmodo]

“When you spit, you control your DNA. … We do not share your individual-level data with anyone unless you explicitly consent.” [Too Embarrassed to Ask]

Why Race is Not a Thing, According to Genetics

Scientists are unlocking the secrets to how we’re all related–to each other and to the species that came before us. [National Geographic]

Virtual Reality and the Politics of Genetics – PODCAST

As scientists learn more about how genes affect everything from hair color to sexual orientation and mental health, we’re faced with moral and political questions about how we allow science to intervene in the genetic code.

What are your questions or concerns about genetics in the future? Comment below. 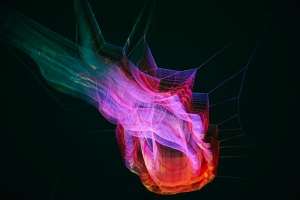