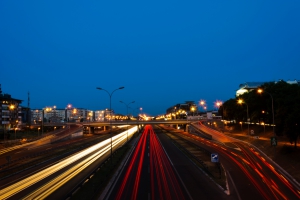 Weekly Roundup: The cars of the future

Driverless cars are coming, but when? And once they do become ubiquitous, then what?

There is so much discussion about atonomous vehicles and the technology behind them. The race is on, but no one knows for sure what the knock-on effects will be, on our habits, our jobs, and our cities.

It is now practical to fuel electric cars through thin air

Electrical induction was discovered in 1831. It’s now the key concept behind wireless charging. [The Economist]

Google CEO Sergey Brin said in 2012 that we’d have access to autonomous cars within five years. That hasn’t materialised. Where does that leave the future of these cars now? [Wired]

Ford choose Detroit base to take on Silicon Valley

Ford is setting itself up to be a key player in battery-powered vehicles and driverless technology. [The New York Times]

Robot cars may kill jobs, but will they create them too?

What does the future hold for the millions worldwide who drive for a living? [San Francisco Chronicle]

Will Tesla disrupt the trucking industry?

The Verge’s Tamara Warren says that Tesla’s entrance into the lucrative trucking business may give the company the cash it needs to scale up production. [Too Embarrassed to Ask]

The Future of Mobility: How Cities Can Benefit

Advances in transport are changing the way we move around our towns and cities. By planning ahead, cities may just be able to make the most of the dramatic shift, resulting in cleaner air and more pleasant commutes. [McKinsey & Company]

How do you expect electric cars and driverless technology to shape your life in the future? Comment below.